To be or not to be, success in Copenhagen. The UN climate change conference 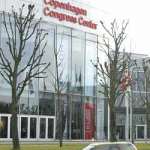 By hosting the UN climate conference COP15 in 2009, the Danish government has brought energy into focus as a decisive political area. Predicting the consequences of global warming is one of the really difficult tasks for the world’s climate researchers.

Obama is coming to Copenhagen, a one-day stopover during the first part of the UN climate conference in the Danish capital where he is expected to announce an American emissions reduction target of 17 percent “only”. 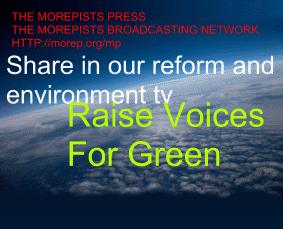 While EU environment commissioner Dr Dimas urges 30% emissions cut, MOREP target is 90% like Iceland do. MOREP President will address a detailed letter raising the voice that oil reserve will definitely finish after 40 years, and the last 100 liters will be so expensive that it will be ridiculous to buy it. What we are preparing for the future before the catastrophe takes place? Both problems are important since climate change is linked to oil use and CO2 emissions. The only way is to use new technologies. One hour of sun produces electricity sufficient for a year to the whole world, Abi Saab said, “17% as USA target, 30% as EU target to reduce CO2 emissions for the next 20 years are not enough, taxes collected should be directed to free energy productions reducing up to 90% of CO2 emissions within 3 years, instead of expenses on arms and “war for oil business.”

Unconditional on other nations raising their limits, the EU should raise the bar to lead the way and demonstrate leadership, Stavros Dimas states. By 2050, the world’s population is expected to increase from 6 to 9 billion people. Demand for carbon-intensive foods such as meats and oils are also expected to increase. Thomas Rosswall, Farming First Spokesperson, Chairman, CGIAR Challenge Programme on Climate Change, Agriculture and Food Security states that yields from key staple crops are expected to decline, especially in many of the poorest countries, due to climate change. Wheat yields in sub-Saharan Africa are expected to fall by 34% and rice output in South Asia by 14%.

“If the world fails to deliver a political agreement at the UN climate conference in December, it will be the whole global democratic system not being able to deliver results in one of the defining challenges of our century”, says incoming congress president, Connie Hedegaard, the Danish minister of Climate and Energy.

Hardly working for a safe environment including politics to give our grandchildren a better future.
View all posts by admin →
This entry was posted in OPINION and tagged Agriculture, Climate Change, CO2, CO2 emission, Global Warming, MOREP NEWS, UN. Bookmark the permalink.