I have tried as a political amateur repeatedly to try understand the Syrian baa’th regime from its political situations marked by intrigues on the Lebanese scene over many decades in between 1975-2005 since Lebanon is my country in question and failed up to the day I had read some of Michel Aflaq’s ideas in his online speeches in Arabic(1) and being an Arab of origins with an inclination towards Pan Arab Nationalism, I felt great rewards through readings of some of them however, this was not satisfactory enough to replenish my thirst for knowledge about this variety of Arab Nationalism and the need to have some more modern updated articles concerning it till I had found some books written by authors as Bassam Tibi or Patrick Seale with some on my private bookshelf while others not yet in addition to haven’t read them but just in small part.
With the actual Syrian war evolving fast in terms of blood sheds and assassinations, whether in just Syria or in both Lebanon and Syria, and slow in terms of peace settlements and negotiations, I have found it necessary to study the profile of the existing Syrian regime and try to mold it in crude perception over well studied European political philosophy theories, although Syrians in general are far from being Europeans whether in religion or ethnicities, and hence, a sketch of 50% as truthful is better than a neglected picture of what is the Syrian baa’th as a political philosophy and where it fits in Arab Nationalism.

It was by chance that on Saturday Jan 18, 2014 and while watching a TV program on LBCI hosting Mr. Sejaan Kazzi who is the advisor to President Amin Gemayel of the Phalangist party that Mr. Kazzi had mentioned that the Syrian baa’th through its disastrous performance as a slaughterer of his own Syrian people over three years, had given a serious blow to the whole Arab Nationalism movement in general, if not putting its existence in peril as a doctrine of Arab politics, thus leaving the scene to a shy political movement in democracy while opening the doors in their full capacity to all types of religion fundamentalisms, as we can see from current events in Syria and Iraq and to some extent in Lebanon.
The first time that had come on an academic profiling of ba’athism from the occidental angle was in the book(2) “Hubris” by M. Isikoff and D. Corn who described the late Saddam Hussein Iraq’s baa’th regime as Hobbesian in terms of its policies, and this was enough for me to search more on the web about this theory, although it was just familiar to me through my procession of its chef d’oeuvre book(3) “Leviathan” by Thomas Hobbes that I possess on my bookshelf in Canada however, time didn’t permit me yet to read it hence, I had to take some knowledge of this theory from web current articles.
Later on, I had to do some thinking efforts in order to better fit the Syrian baa’th in a model and it came to me through follow ups of current war events in Syria to term it as a hybrid blend of Hobbes-Machiavelli political thinking, since I was aware being an amateur in politics I realized that Machiavelli’s the Prince that I processed and had read just once while in Canada in 2012 has a great importance to understand the psychic political power.
Among the best descriptions of this blended theory is an online paper termed “Machiavellian and Hobbesian Concepts of Power and Its Relationship to Politics”(4). 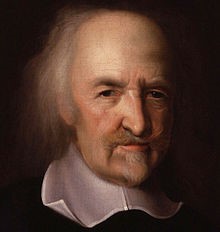 When reading this paper we realize that Hobbesian’s will is to adhere with a social contract issue, always present in Syrian regime reforms although, according to Hobbes, being implemented through use of certain administrative force.
I am extracting these few lines from the above paper which best describe Hobbes conception of power as: Hobbes states that humanity exists naturally in a state of absolute freedom and equality (the equality being derived from each human being’s equal capacity to kill other human beings). The State of Nature gives all humans the right to use whatever power they can conjure to get or do whatever they wish, a right which gives every human being the right to dominate every other human being. This creates a sort of “war of all” (bellum omnium contra omnes) in which everyone is continually at war with all others. As Dante Germino puts it, “Hobbes sees him [man] as possessed by evil inclinations that are not evil in themselves, but which can lead to evil results if they are not controlled.” 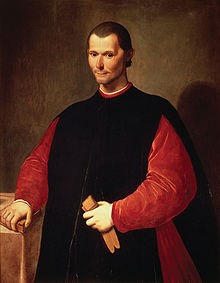 This concept is well demonstrated in the current events in Syria when the current regime model uses whatever power available in order to subdue the people and this with free will rights under world communities’ eye watches, without any powerful action just fulfilling few bureaucrat tasks through some punishing resolutions being vetoed by Russia and China.
As to Machiavelli’s presence in Syrian ba’athism, we at once recognise the will of Syrian regime to adhere in power through ambition and accordingly I am extracting these lines to describe Machiavelli’s in general:
For when men are not necessitated to fight, they fight for ambition, which is so powerful in our minds, that let us arrive at what height of good fortune we can, we are never contented, but are still laboring for more; and this happens to us, because we are unable to compass; and therefore our desire being greater than our power to acquire, our minds are never at rest with what we enjoy. And this is the occasion of all our varieties of fortune.

Ambition is thus an unending motivation which continually forces the human being to act in a self-concerned fashion once that human being has managed to acquire those things necessary for survival. The desires for wealth, honor, and power which Aristotle long enunciated as the prime impetuses of human action are again reiterated by Machiavelli. He notes that those without power (the ruled) simply desire to not be dominated and act accordingly, while those with power (the rulers) desire to dominate. This is a version of the concept of libido dominandi, the desire to dominate for the sake of domination.
While reading these notes we recognize how the political power in Syria appears according to Aristotle as “human beast in politics” described by Neitszchean as a modern human slaughtering beast, slave of his own circle policies and also those supporting this I mean his equivalent Machiavelli’s plots being fundamentalist parties or international economic powers. These last are behaving under the umbrella of “World Shiism Judges‘act” against historical oppressors during the first and second fitnah of Islam at the beginning of the foundation of the Arab countries during the seventh century Ad. In fact, they act similar and in parallel to the previous “World Zionism’s Judges“ who in response to the 1940-45 Jewish holocaust, were tolerated, enhanced and accepted by the whole world and mainly the West.

Having ended with this brief description of this hybrid entitles Hobbesian-Machiavelli’s; I wish to enumerate the reasons for profiling the Syrian baa’th into a political category:

1. Ability of categorizing clearly such a variety of Arab Nationalism through a taxonomy classification in order to better understand it and make it easier to communicate it to others in this field same as taxonomy of animals and plants in life sciences.
2. Ability to forecast its life expectancy and future trends in evolution.
3. Ability to assess its potential harms on its environmental people, neighbours, and hence take precaution measures whenever possible.
4. Ability to better assess ends to it as political regime and enable negotiators to time well the situation and their geographic locations.
5. Ability to plan financial reconstruction budgets for Syria and monitor the timings of fund raisings.
I will end my above enumerations to these points and leave the readers’ right to add whatever they deem as necessary.

Regards and thanks for reading,

Hardly working for a safe environment including politics to give our grandchildren a better future.
View all posts by admin →
This entry was posted in OPINION. Bookmark the permalink.